Just Deal With It!
​PlayLink
PS4

I worked on Just Deal With It! as part of a team of 4; 2 3D artists (myself and 1 other), an animator and a UI artist.
I played a major role in the initial art direction of the game, including the paper/card style.

From the pictures below the majority of scene dressing, lighting and models/textures were done by myself, however some elements were created as part of the team.

All scenes are rendered in Unity, models were created in Maya, textures were created using Substance Painter and Photoshop, and Z-brush was used for sculpting. 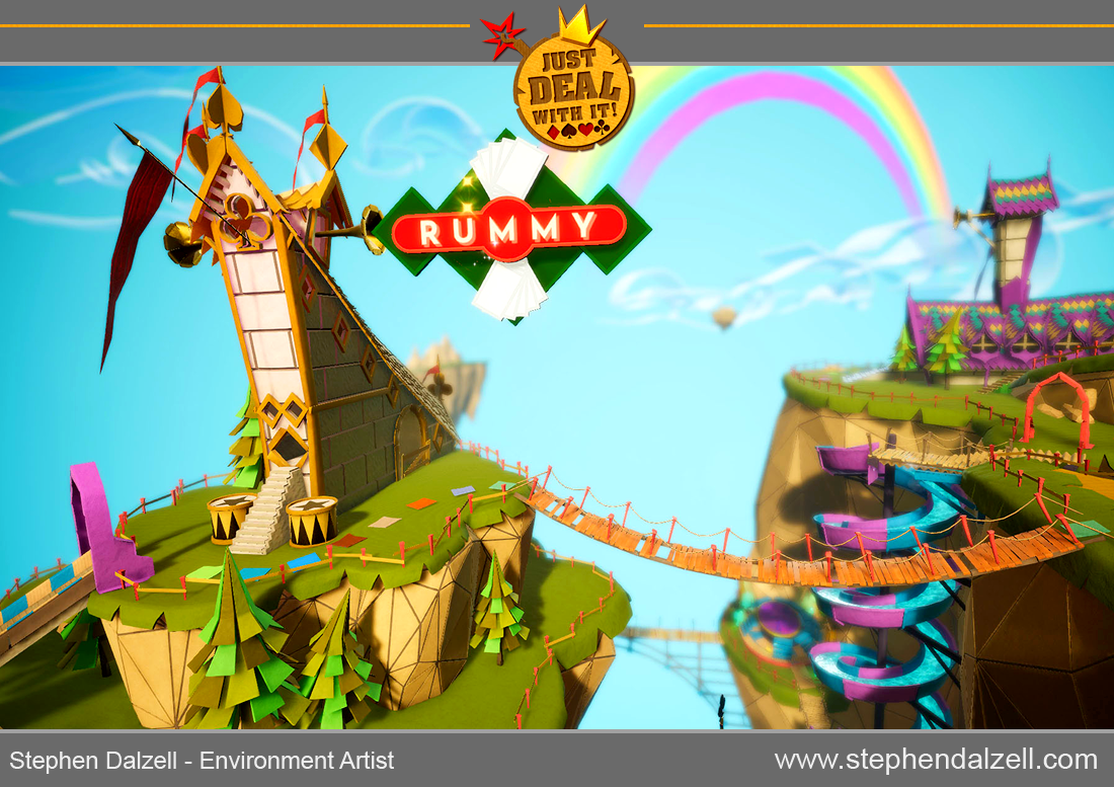 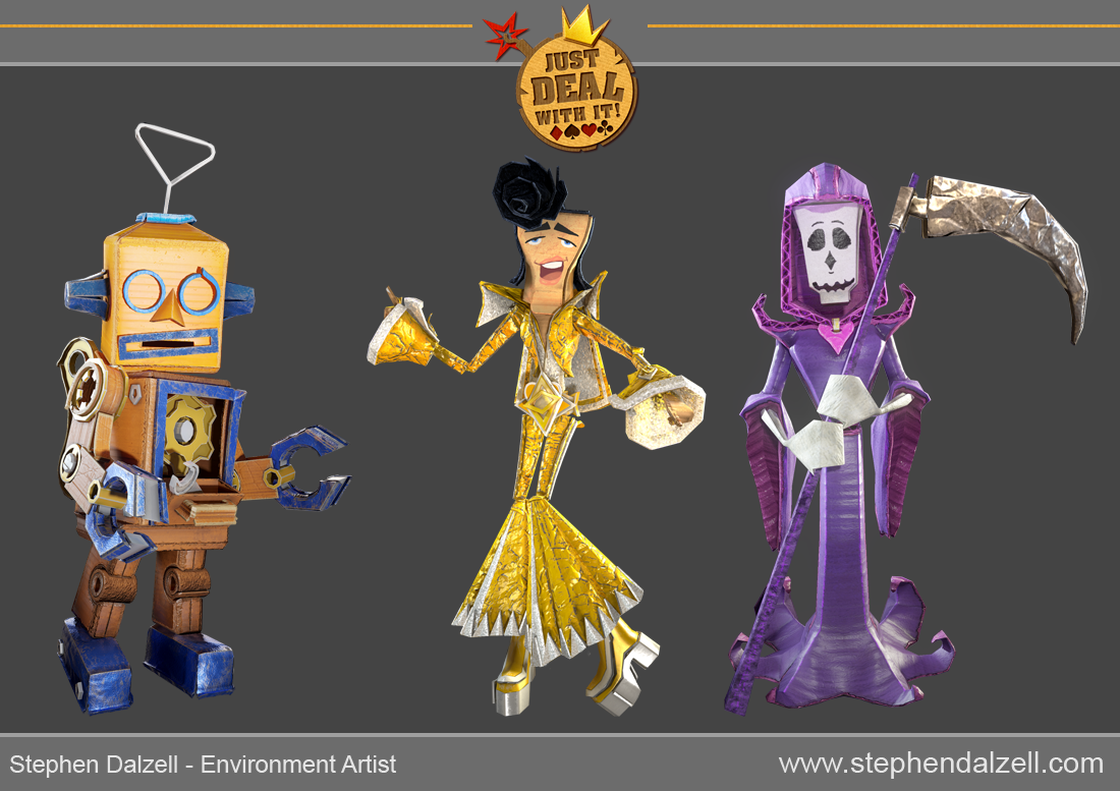 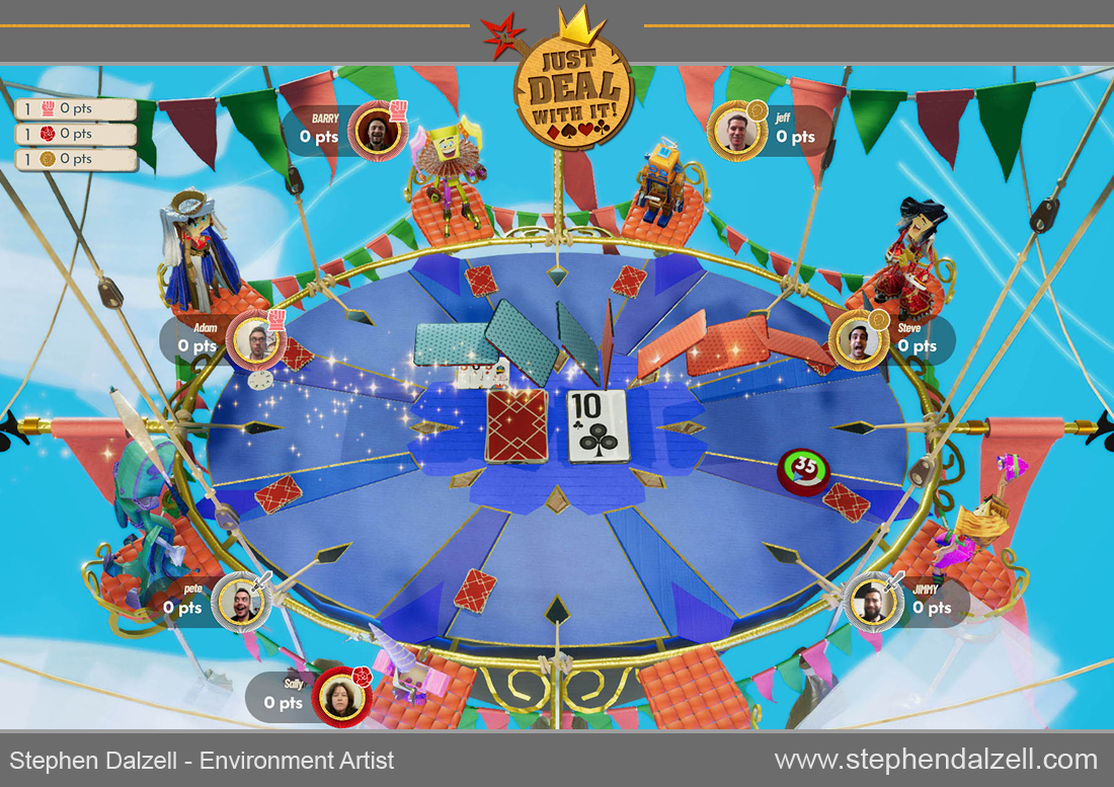 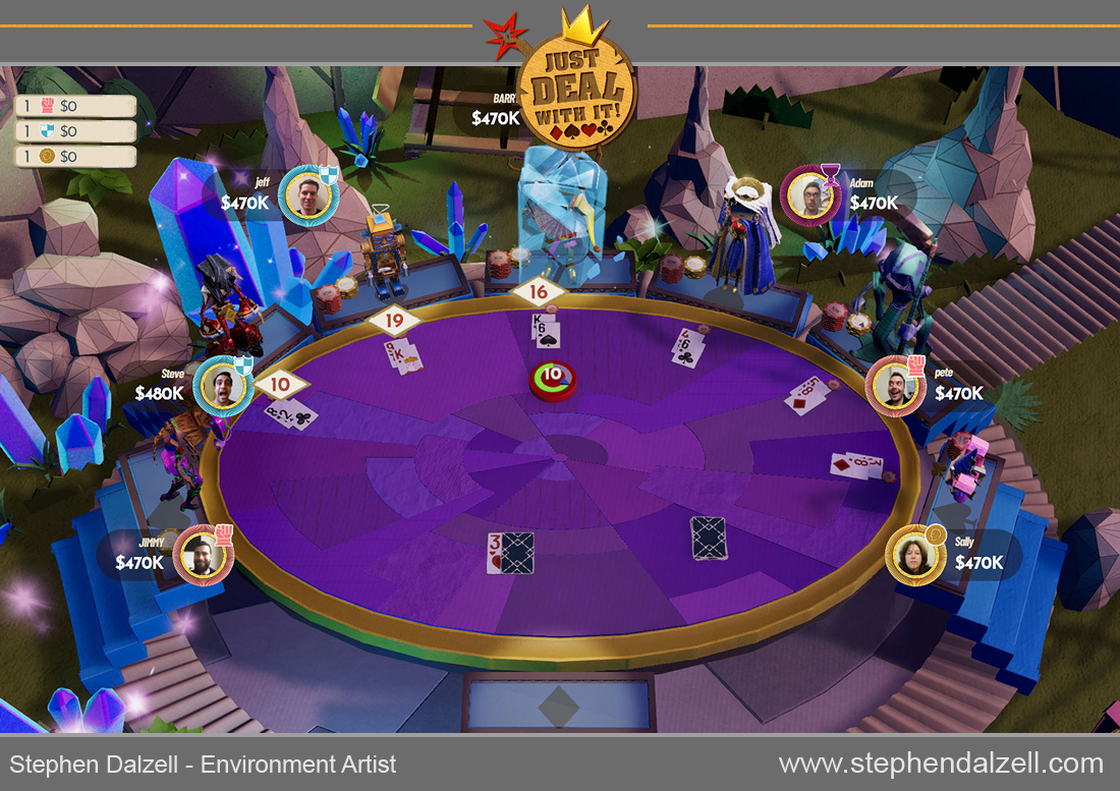 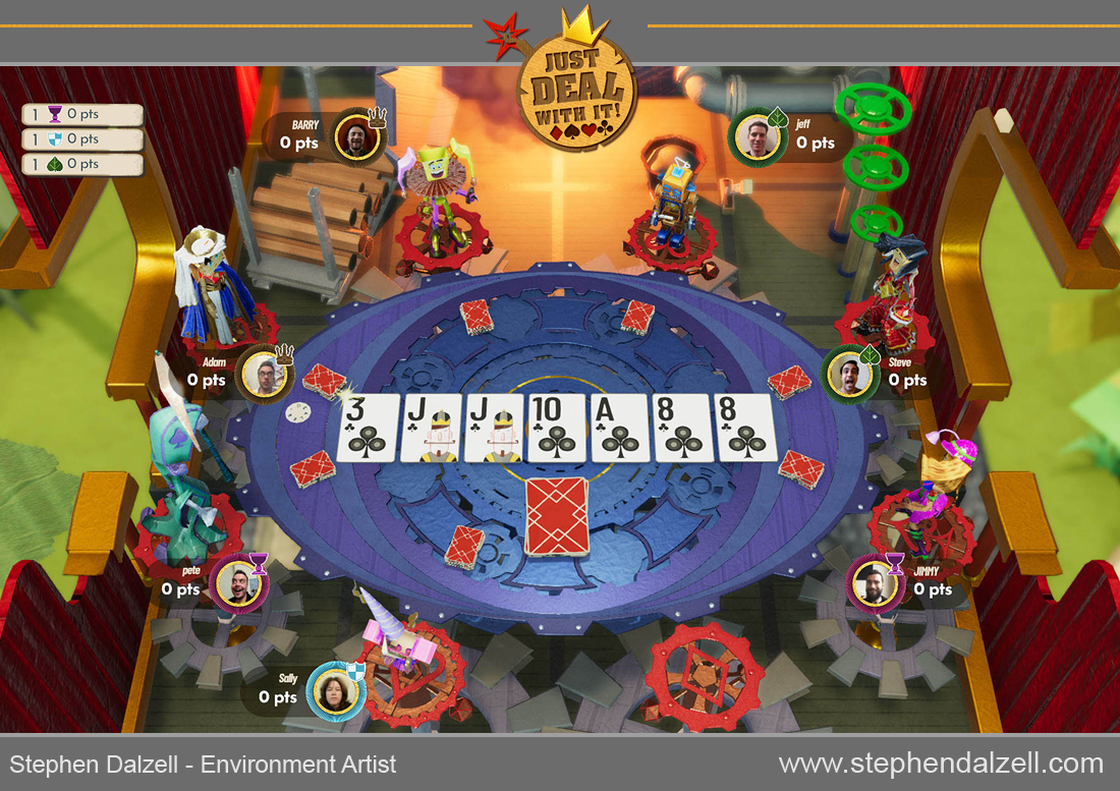 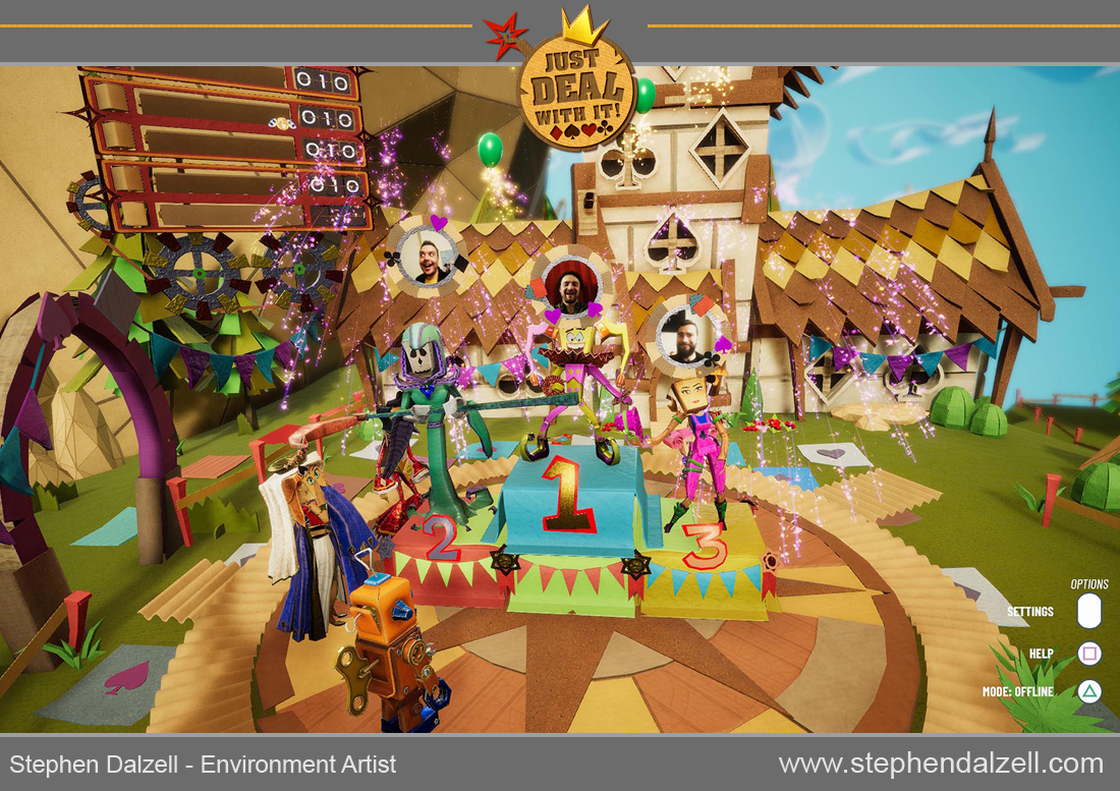